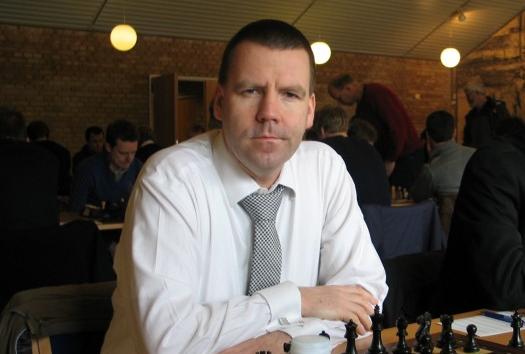 Thinking Inside The Box Tour Of Asia 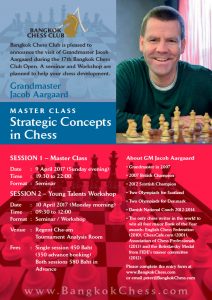 Jacob Aagaard is a Danish-born Scottish Grandmaster and FIDE Senior Trainer, winner of the 2007 British Championships and 2012 Scottish Championships. He represented both Denmark and Scotland in Olympiads, and was the Danish National Coach during 2012-2014.

He is also a chess author and co-owner of Quality Chess, a chess publishing house. Aagaard is the only chess writer in the world to win all four major Book of the Year awards: English Chess Federation (2010), ChessCafe.com (2001), Association of Chess Professionals (2013) and the Boleslavsky Medal from FIDE’s trainer committee (2012).

Chessbase has an informative article about the Tour here.

There will be two events during the 17th Bangkok Chess Club Open in Cha-am, both taking place in the Analysis Room:

If you would like to take part in either training session, please complete the form below. Space is limited.