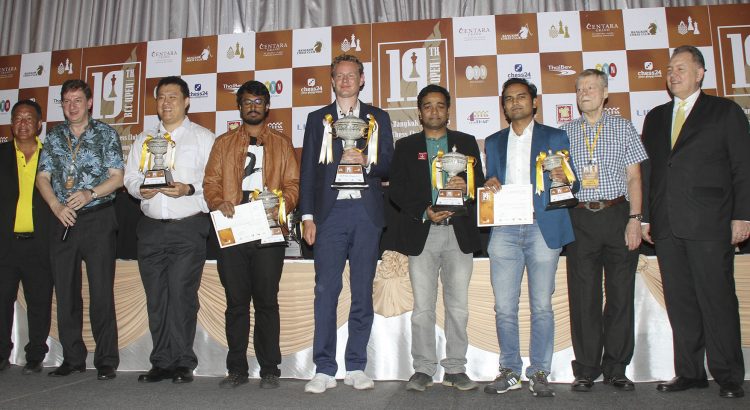 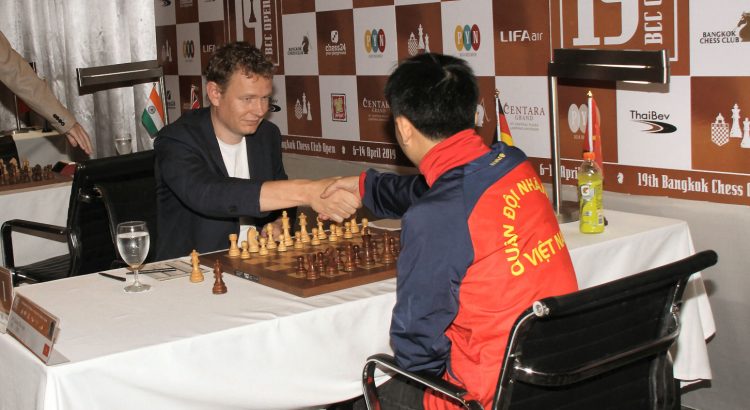 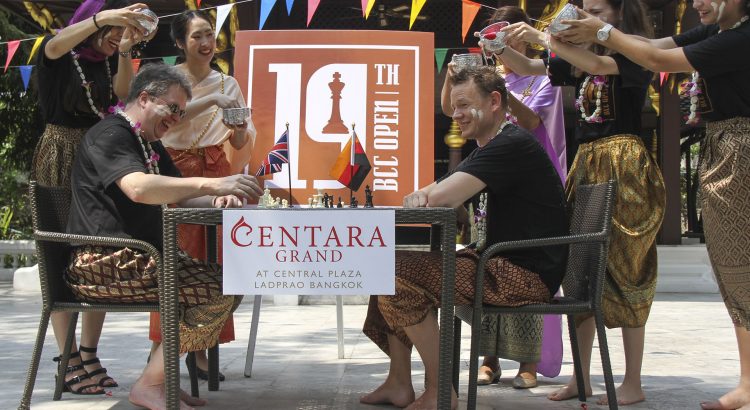 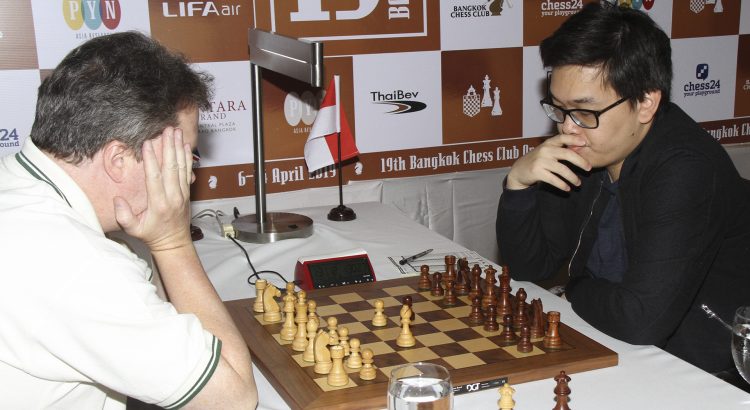 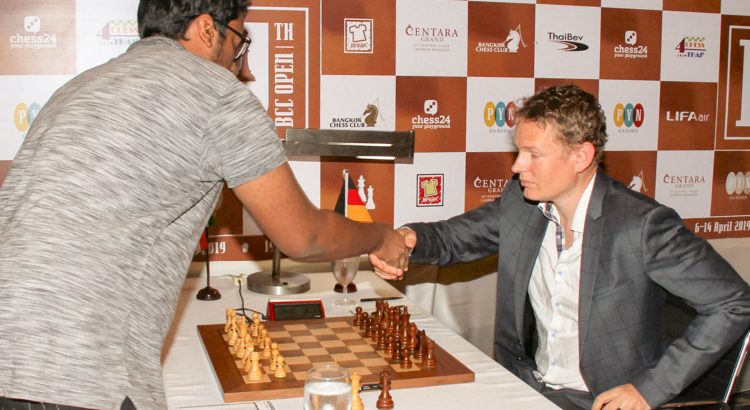 Gustafsson, 39, broke away from his 200 rivals with a game against a fellow Grandmaster that will strike fear into the heart of his coming opponents. He has now scored a perfect 5/5 and is on track to repeat his BCC Open success from 2011.

Round 5 also saw only the second defeat of a Grandmaster by a non-Grandmaster in the 2019 BCC Open when Indonesian FIDE Master Andrean Susilodinata outwitted Moulthun Ly of Australia. Susilodinata is now just half a point behind Mr Gustafsson, a position shared with two Grandmasters: India’s Babu Lalith and legendary veteran Nigel Short, who was a very strong player in the 1990s.

In the Challengers division, one of our greatest brains is leading the tournament. Theemathas Chirananthavat, 20, played for the Thai Olympic team in 2012 at age 14, but soon after retired from chess and went on to win gold medals for Thailand at mathematics and informatics competitions.

Playing seriously for the first time since 2015,  Chirananthavat has won every game so far this year at the Centara Grand and is making Thailand proud.

Round 6 of the Bangkok Chess Club Open will begin on Wednesday at 2.00pm and will be broadcast live on Chess24.com. 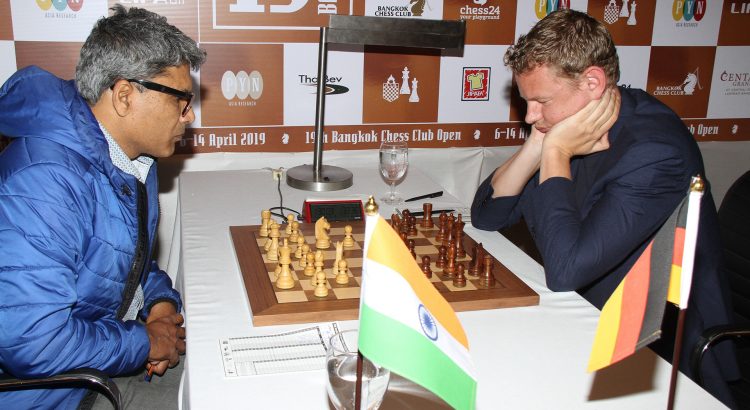 The 17 visiting Grandmasters showed why they are a class above by scoring 16.5 points in the third round of the Bangkok Chess Club Open on Monday. Thailand has no Grandmasters yet but one of our players, Poompang Wiwatanadate, played a draw against English Grandmaster Nigel Short on Sunday.

On the third day of the BCC Open at the Centara Grand Hotel in Central Plaza, only one Grandmaster was held to a draw: Hungarian Jozsef Horvath against Malaysian Looi Xin Hao. On the first board German Grandmaster Jan Gustafsson had a hard fight before defeating India’s Anup Deshmukh.

Before today there were two Thai players leading the tournament but Wisuwat Teerapabaisit, who has played six Chess Olympics for Thailand, lost to Australia’s Moulthun Ly, and Faris Rashid Alriyami, only 12 years old and by far the lowest rated player to reach the tie for first place after two rounds, was defeated by Woman International Master Phuong Hanh Luong from Vietnam.

Today also saw the first round of the Challengers Tournament with 100 players, bringing the total number at the 2019 BCC Open to 301.

The fourth round of the Bangkok Chess Club Open will begin on Tuesday at 11.00am and will be broadcast live on the chess web site Chess24.com.