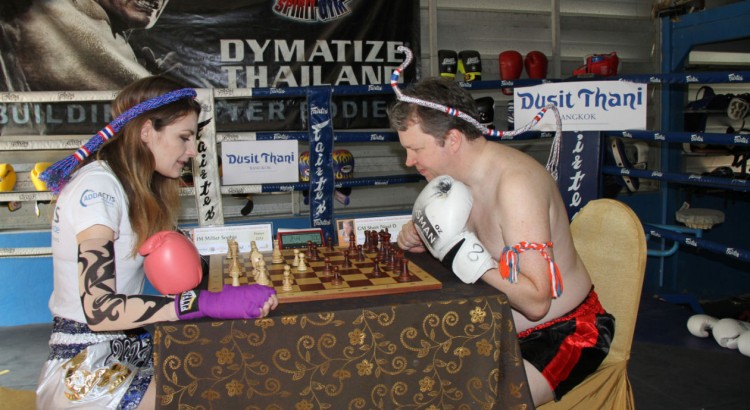 Top seed, Spanish Grandmaster Paco Vallejo made a valiant effort to take down van Wely but a wild struggle ended in perpetual check and a draw.

This gave Gustafsson the opportunity to move up should he defeat Chinese teenager Nie Yinyang and the German Grandmaster made no mistake to reach five and a half points.

Van Wely’s compatriot Benjamin Bok had a chance to reach the tie for first but failed to convert his advantage after heroic defence by India’s Dhopade Swapnil in a marathon game which lasted for 78 moves.

Former world title challenger Nigel Short will not retain his Bangkok CC Open title after a shock sixth round loss to Myanmar’s Wynn Zaw Htun. This was Short’s second match of the day, after losing a Thai chess-boxing contest against France’s Sophie Milliet earlier in the day. Certainly Short’s play against Htun showed clear signs of possible concussion from the earlier bout.

Round 7 of the Bangkok CC Open begins on Friday at 2pm at the Dusit Thani Hotel. Admittance is free for spectators.
The competition concludes on April 17.