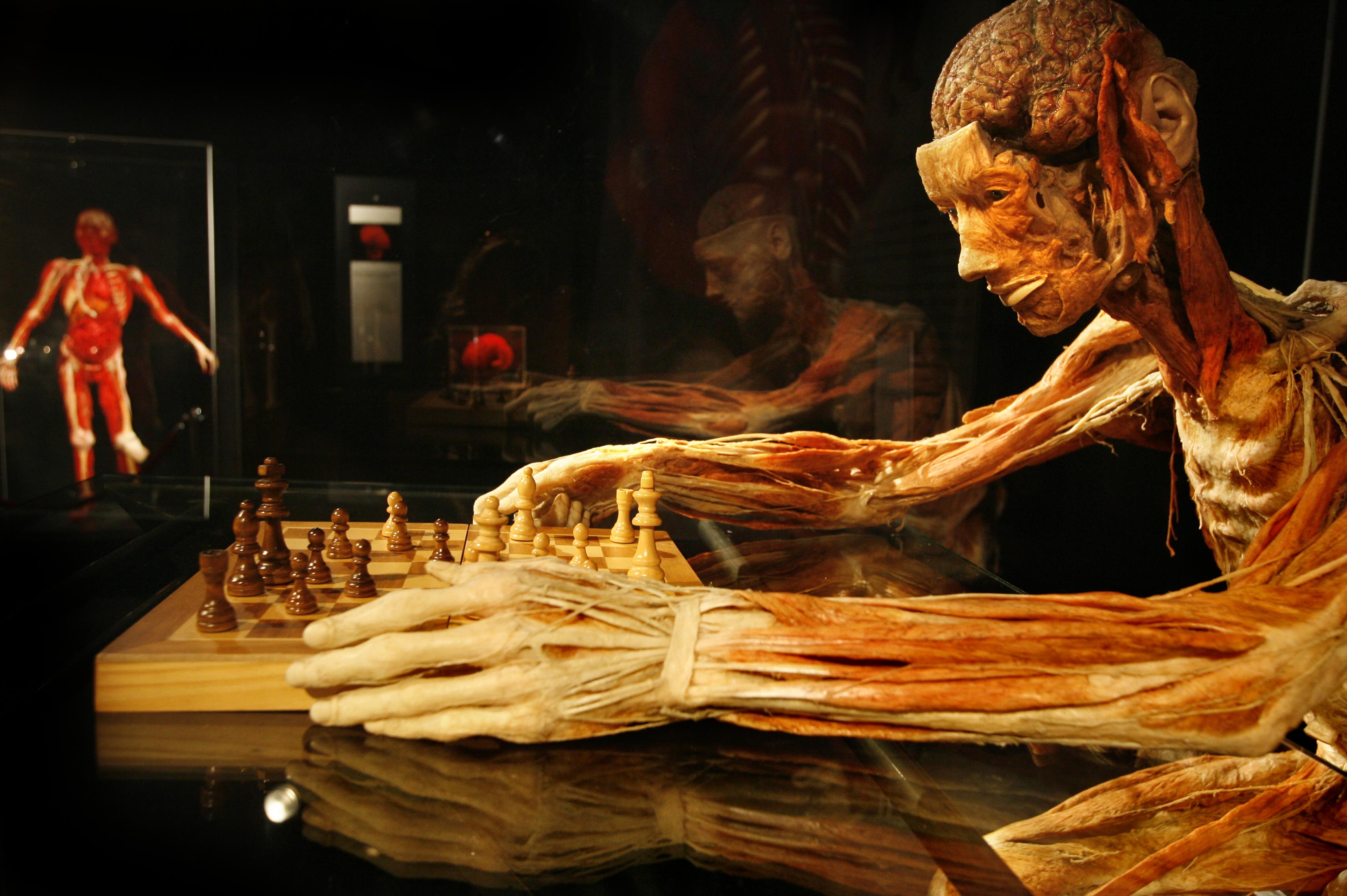 The plastinate “The Chess Player”

112641 — The plastinate “The Chess Player, 1997” at the controversial exhibit Body Worlds: The Anatomical Exhibition of Real Human Bodies by Gunther von Hagens at the Museum of Nature & Science photographed at a preview on Friday, December 8, 2006. The revolutionary process of Plastination, invented by Dr. GUnther von Hagens, is a technique that replaces bodily fluids and fat with reactive plastics, which in turn preserves the body.