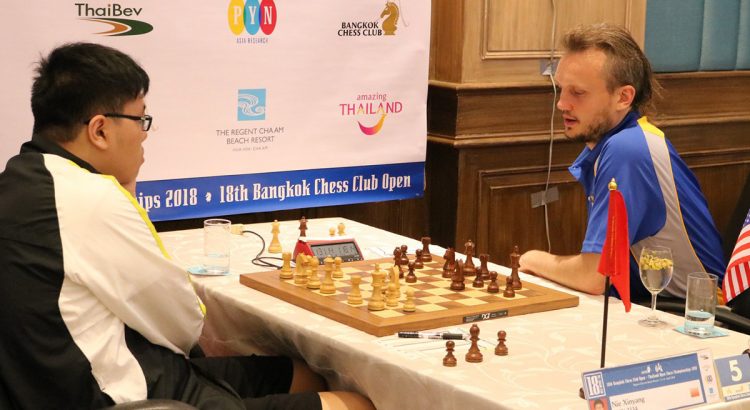 We are seeing big fights and therefore upsets and lucky escapes in as early as round three of the Bangkok Chess Club Open Championships being held at the Regent Cha-Am Beach Resort from 13-21 April 2018.

The first surprise was when China’s Nie Xinyang won quickly against Uzbekistan GM Timur Gareyev who plays under the USA flag. A second but perhaps less sensational surprise was when Mongolian WGM Enkhtuul Altan-Ulzii beat GM Santiago Yago De Moura in a hard fought game where the outcome was never really in doubt. English defending champion GM Nigel Short also lost ground when his battle of the sexes with Mongolian IM/WGM Batchimeg Tuvshintugs ended in a draw.

It is of course very early days yet with just one third of the tournament concluded but it is guaranteed that the fourth round tomorrow will bring more excitement.